Chocolate, a Gift From the Gods

In today’s society, chocolate is commonly available and comes in many forms, including in recipes, bars, blocks, paste, and powder. Many households have chocolate as a dessert staple, and young and old, rich and poor can and do indulge. But several centuries ago, chocolate was for certain people ONLY and was a luxury that came in just one form – as a drink.

Boozy Drink of the Ancients

Chocolate is produced from the cacao tree, which is native to Central and South America. Based on chemical analysis, the earliest known consumption of cacao may be dated back to between 1400 and 1100 BC. At that early stage, it was not the cacao seeds, but the pulp of the fruit that was used. The sweet pulp was fermented to make a prized alcoholic beverage. It was only later on that the cacao seeds were used. Still, it was much different from the chocolate we are used to today. 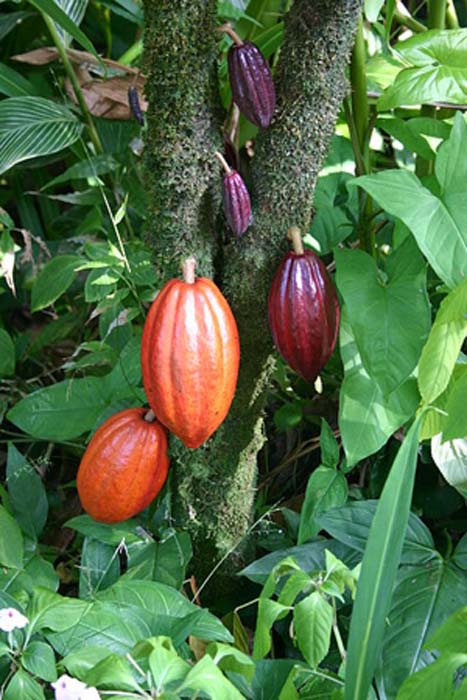 A cacao tree with fruit pods in various stages of ripening. (Public Domain)

When the Spanish conquistadors came into contact with the Aztec civilization, they encountered the cacao drink. Incidentally, ‘chocolate’ is derived from the word xocolātl, which means ‘bitter water’ in Aztec. Although chocolate has its origins in the Aztec language (formally known as Nahuatl), it has been suggested that the Aztecs may have inherited the recipe from earlier Mesoamerican civilizations, such as the Mayas or the Olmecs.

Cacao seeds were fermented, roasted, and ground into a paste. The cacao paste would then be mixed with water or wine, ground maize (corn), and a variety of flavorings. These flavorings include chili pepper, vanilla, allspice, and honey. The mixture would then go through a process called frothing: the drink was poured from a height, back and forth from pot to cup, until a deep foam was formed on the top.

Cacao was of great value, symbolically and economically, so this treat was not for everyday consumption, and not everybody was allowed to drink it. Pods were used in trade to the point where they were sometimes counterfeited by filling the plant pods with soil. The ‘bitter water’ was consumed by nobles and warriors in a ritual with purpose and solemnity. It was believed the plant was of the gods, associated with the feathered serpent Quetzalcoatl, god of wind and wisdom.

When cacao was brought to Europe by the Spanish, the drink was transformed by an ingredient not available to the Aztecs – sugar. This made the taste of the drink more appealing, and it soared in popularity among the Spanish nobility and officials of the Roman Catholic Church.

It was during the Industrial Revolution of the 18th and 19th centuries that a change in the way people consumed chocolate occurred. Firstly, the invention of hydraulic and steam chocolate mills in France allowed chocolate to be processed faster and at a lower cost.

Cocoa has come a long way! In modern times chocolate is mainstream and no longer considered a food just for elites. But this sweet treat has a very long history and to chocolate-lovers worldwide, it truly could be called a gift from the gods!