The Life of Saint Patrick: The True Story is More Exciting Than the Legends

In the 1,600 years since Saint Patrick preached his way across the Emerald Isle, the legends and folk stories surrounding his life have become ever more ingrained in the Irish culture. He is credited with expelling all snakes from Ireland and using a shamrock – a three-leaf clover – to explain the Holy Trinity to the Pagan Irish. Stories of expelling demons and engaging in duels with the powerful Druids have been passed down over generations, but in many ways, the true facts of Patrick’s life are even more dramatic than the tales.

Patrick was born into a wealthy family in Roman Britannia in 385 AD and originally carried the name Maewyn Succat. He lived a relatively peaceful existence until the age of 16, when he was torn from his home by Irish pirates and taken as a slave. He was sold to a local chieftain in Ireland and was forced to herd sheep and swine for six years, bitterly isolated and poorly clothed for the harsh winters.

Patrick turned to religion and pleaded to God for a way to escape his hell. Finally, his answers came in the form of a vision, in which he was told to flee to the coast, where a ship would be waiting to take him home. He made a break for it and traveled through 185 miles of wilderness to the shoreline. Just as he had dreamed, a British ship stood waiting, so he boarded and went home.

He hadn’t been home long before another vision came to him. This time, he dreamed that the people of Ireland were beckoning him to come and bring them Christianity. This prompted Patrick to train for the priesthood. He traveled to Gaul, where after many years of study, he was ordained and sent to take the Gospel to Ireland. He arrived in Slane, Ireland on March 25, 433 AD, and began his mission. 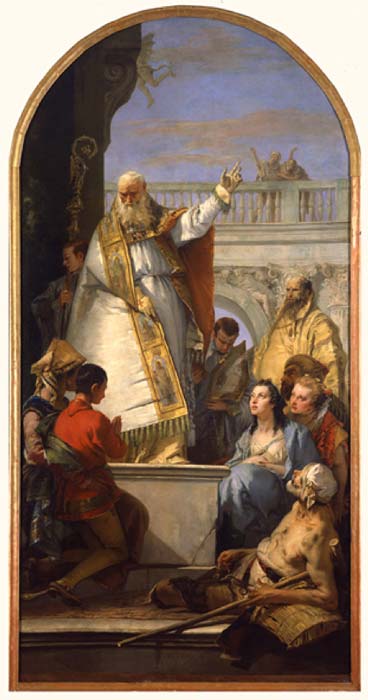 Patrick’s goal of seeing Pagan Ireland converted did not sit well with the locals at first. He was temporarily imprisoned, and several attempts were made on his life. Patrick took to carrying a dagger.

However, he found a method that would eventually succeed, enabling him to convert the Irish without either sword or army. As well as working to build alliances with local leaders, he popularized the faith by merging Irish lore and celebrations with Christianity. In just a few decades, Saint Patrick had converted all of Ireland to Christianity.

One of the most famous legends Saint Patrick is associated with is his supposed banishing of all snakes from Ireland. However, post-glacial Ireland never had snakes. Water has surrounded Ireland since the end of the last glacial period, preventing snakes from slithering over. Therefore, it’s believed the legend is allegory for his eradication of Pagan ideology, symbolically saying that he cast out the old religion and brought in a new one.

Not everyone in Ireland feels affection towards Saint Patrick. His conversion of the Irish resulted in the abandonment of thousands of years of tradition, culture, and beliefs that had been held by the Celtic people, and magnificent megalithic sites that had been constructed with immense effort and served as centers of ritual and celebration were lost.

Saint Patrick’s death is recorded in the Annals of the Kingdom of Ireland in the year 493 AD when he is said to have been 122 years old, although many historians believe he died in the year 461 AD. Whatever the case, there is much that he can be credited for and his legacy remains very much alive today throughout Ireland and among the millions of Irish diaspora across the world.