In 1965, archaeologists were carrying out a survey in Hubei province, China, four miles from the ruins of Jinan, capital of the ancient Chu state, when they discovered 50 ancient tombs. Inside one of the tombs, sealed in a near air-tight wooden box next to a skeleton, they found a rare and perfectly preserved bronze sword with scabbard. When it was unsheathed, the blade did not have a single trace of rust, and it drew blood when an archeologist tested his finger on its edge; it was seemingly unaffected by the passage of time.

The precious weapon – which has come to be known as the Sword of Goujian after its former owner, the famous emperor Goujian (496 – 465 BC) – is one of the earliest known Jian swords, a double-edged straight sword which was among the first sword types in China. 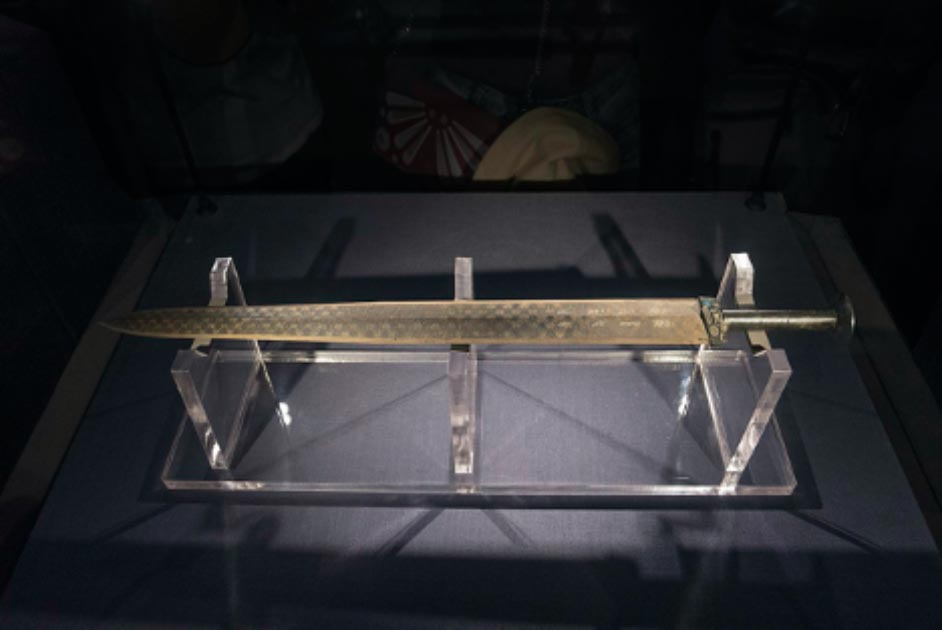 The Gouijan is a bronze sword with a high concentration of copper, making it more pliant and less likely to shatter. The fine edges are made of tin, making them harder and capable of retaining a sharper edge. The grip is bound by silk while the pommel is composed of 11 concentric circles.  Two columns of text are visible with eight characters etched into the blade. Six of the eight characters have been deciphered and read: “King of Yue made this sword for his personal use”.

Analyses of the sword revealed that the blade is resistant to oxidation as a result of sulphation on the surface of the sword. This, combined with an air-tight scabbard, allowed the legendary sword to be found in such pristine condition.

Regarded as a state treasure in China today, the sword is as legendary to the Chinese people as King Arthur's Excalibur in the West.