Australia Day or Invasion Day: Is 26th of January a Day to Celebrate?

Australia Day is celebrated on 26th of January because it is the day that Captain Arthur Phillip and the First Fleet, made up of eleven convict ships, landed at Sydney Cove in Australia and raised the British Flag, marking the beginning of British sovereignty over Australia. Phillip took possession of the land in the name of King George III, declaring it terra nullius (uninhabited by humans).

In schools and in most history books in Australia, Arthur Phillip is described as a kind man who had a “friendly attitude towards the Aborigines”, and for a short period of time, he did. However, Phillip’s tolerance was short-lived.  After his gamekeeper, John McIntyre was killed by Aboriginals (John McIntyre was a brutal man who hunted Aboriginals as well as animals), Phillip ordered the capture of any two Aboriginal men found in the region, and that ten more should be killed. The heads of the slain were to be cut off and brought back to the settlement for public display. In his own words, he was “determined to strike a decisive blow, in order at once to convince [the Aboriginals] of our superiority, and to infuse a universal terror.” He also later ordered his men to shoot at Aboriginal people to keep them away from the British settlements. This is the ‘hero’ who is now honored with a statue in Sydney’s Botanic Gardens.

To Australians today, the January 26th is a day that is intended to celebrate the positive aspects of Australia, to recognize those who have made important contributions to society, and an opportunity to be proud of how Australia has flourished since the early days of settlement, to reach its present state as a democratic nation.

However, for indigenous Australians, January 26th is the day the Australia they knew ended. It is a reminder of the decimation of their people and the loss of their land, their culture and their basic human rights. The Australia Day celebrations of 1938 (150th Anniversary) were accompanied by an Aboriginal Day of Mourning and in 1988 (200th Anniversary), many indigenous people made a concerted effort to promote awareness among other Australians of their presence, their needs, and their desire that there should be communication, reconciliation, and cooperation. 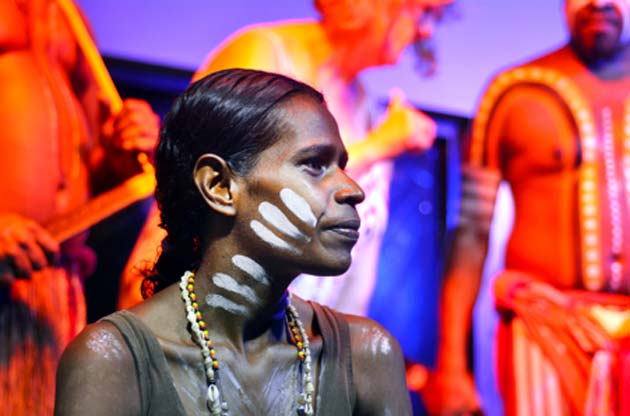 The day for unity now divides

Today there is much controversy in Australia surrounding the meaning and justification of Australia Day and these arguments resurface every year leading up to the 26th of January. It is ironic that a day that is meant to symbolize the unity now divides the people of Australia.

Many argue that Australia Day does not celebrate the beginnings of an independent nation — it celebrates the establishment of a British convict colony and the annexation of an inhabited continent.  Others believe that Australians today should not be made to feel ashamed for actions committed by those who came before them and that attitudes and actions towards the Aboriginals have changed significantly since the first days of colonization.

Where possible, the government has been returning land to traditional owners and encouraging Aboriginals to rebuild their culture and lives.  On the 13th of February 2008, the former Prime Minister of Australia, Kevin Rudd, made a formal apology to the Indigenous Australians for their past mistreatments.

Much progress has been made over recent years to try to right the wrongs of the past, and there is now a growing movement to change the day of Australia Day to a day that all Australians – indigenous and non-indigenous – can feel joy in, not one steeped in sorrow and regret.