The Dark Origins of Valentine’s Day

On February 14, couples from around the world recognize Valentine’s Day. For most, Valentine’s Day is a day of love, a day to shower a beloved with gifts and tokens of appreciation, to enjoy a romantic meal, and perhaps to share moments of intimacy. Cynics consider it to be a Hallmark greeting-card holiday, created by the retail business in order to get people to spend money on flowers, chocolates, stuffed animals, jewelry, travel, meals, and other luxuries. However, Valentine’s Day is not a modern creation. Rather, it is a day with ancient roots, both cultural and religious. With many legends and tales surrounding Valentine’s Day, the supposed day of love, it can be difficult to ascertain exactly where and how Valentine’s Day originated.

During Roman times, an annual festival known as Lupercalia occurred from February 13 - 15 of each year. During this festival, men would strip naked and swat young maidens with dog- or goat-skin whips, supposedly to increase their fertility. This practice began well before Christianity was adopted within the Roman Empire, and it continued after the legalization of Christianity. Another possibility for the origin of Valentine’s Day involves the Christian priest, St. Valentine. It

claims that a priest by this name was jailed when he fell in love with a warden’s daughter. He would write her notes signed “Your Valentine,” for which he was eventually beheaded.

In fact, there are several legends concerning more than one St. Valentinus during the reign of Roman Emperor Claudius Gothicus. They are all said to have converted non-believers through miracles and there was nothing romantic about their legends; actually the emperor is said to have had them and the converts put to death. 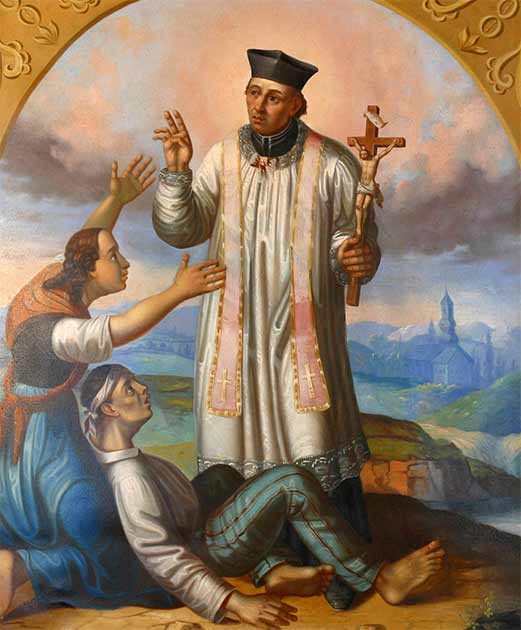 Valentine’s Day has continued to evolve. In 1797, mass-produced Valentine’s cards came into production, after the publication of a book called “The Young Man's Valentine Writer”. Rather than writing individual notes to their beloved, men could copy from these scripts. In 19th-century England, paper Valentines became very popular, adorned with embellishments such as ribbon and lace. Mass production of Valentines in the United States began in 1847 when Esther Howland, inspired by a Valentine received from Europe, began selling Valentine cards through her father’s stationery store.

There are as many ways to observe Valentine’s Day as there are cultures that recognize it. European folk tradition ties St. Valentine to the approach of spring. In Norfolk, England, a mystical character named “Jack Valentine” visits houses delivering candy and presents. In Slovenia, the saint is related to spring, and is the patron of beekeepers. February 14 in Finland is for remembering all of one’s friends, not just lovers. In Japan, China, and South Korea, Valentine’s Day is observed with traditional sweets and gifts, but one month later on White Day, March 14, the favor is expected to be returned in kind, with more presents and chocolate.