The impotence trials of pre-revolutionary France sound a bit like a political joke. France had mostly squelched the ability for couples to divorce, and it was in this wake that the impotence trials arose. Yet due to the religious necessity that sexual encounters with one's spouse should produce—or at least be capable of producing—children, when a man failed to hold up his end of the bargain, it was technically an act against religion and cause for a re-evaluation of the marriage. Divorce itself was not a concept taken lightly, so the accused husband and his possibly flaccid "instrument" were put on trial.

In much the same way women were once "inspected" before marriage to prove virginity, men could be taken to court by their wives if there was suspicion of an inability to consummate the marriage, or an apparent disinterest in even attempting to consummate.

These examinations demanded inspection of the genitals to prove that the man could achieve an erection. Sometimes the judges insisted on more elaborate evidence and called for 'Trial by Congress', which forced a husband and wife to attempt to copulate in front of witnesses. While not all cases went as far as 'Trial by Congress', the preceding investigations were highly unpleasant, and the affairs of the bedroom were exposed for public judgment.

Part of the examination was an investigation of the color, shape, and features of the male's genitals; in the matter of reproduction, the privacy of the marital chamber was no longer private, as spouses were interrogated on all aspects of their bedroom lives, including sexual positions.

Was there evidence that the husband could perform properly? Or had he been forcing his partner in lascivious positions without a focus on the production of children? It was very important that marriages produced children; in fact, there were laws in medieval Europe (set by the Church) that husbands and wives could only have intercourse in the missionary position, as it provided the best chance for conception and had nothing to do with pleasure. Sex for enjoyment was considered a sin, even between spouses.

To ensure the above regulations were followed, all who might have been privy to the bedchamber could be interrogated. Chambermaids and servants were among those who could be propositioned by the courts. It was only after these inquisitions that a ‘Trial by Congress’ was considered, depending on the collective assessment of the testimonies of the wife, husband and witnesses, and the physical examination of the spouses. If a satisfactory decision could not be reached, the husband and wife had to have sex in the middle of the courtroom. 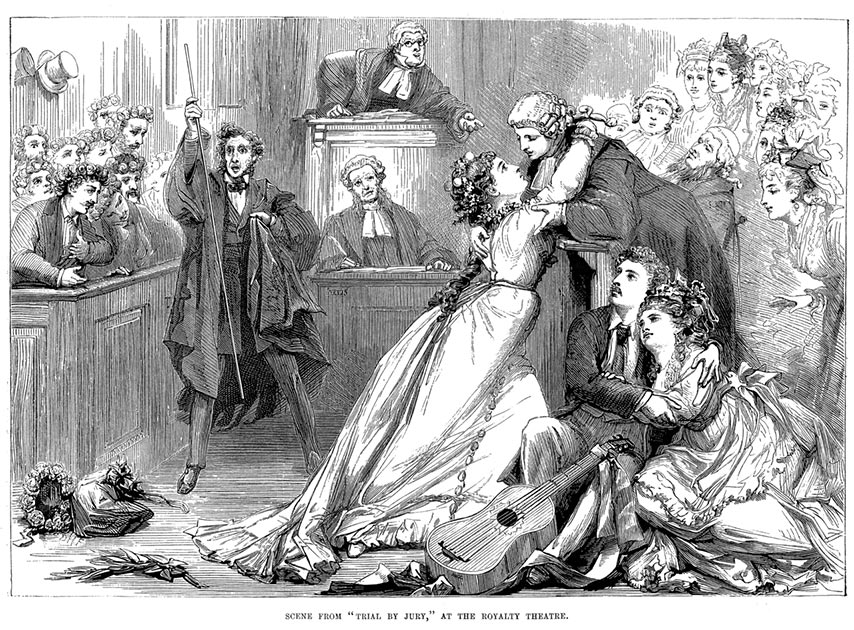 Though these impotency trials may seem rather extensive to the modern mind, consummation was highly important in pre- and post-medieval circles. Consummation was, after all, Henry VIII of England's reason for divorcing his first wife. The act of having sex to create an heir was considered as legally binding as a written marriage contract is today; one can have gone through the ceremony of marriage, but still not be legal spouses until the paperwork has gone through. Such was the case with consummation and offspring in pre-revolutionary France. While there are other ways today to test a man's virility and a woman's fertility, men and women were tried in the only way their culture knew how. It is safe to say that they would likely have preferred today's methods.