Hy-Brasil is a legendary island that appeared roughly 200 miles off the west coast of Ireland on old maps. Hy-Brasil is derived from the name Breasal, associated with High Kings in Celtic history. Tales that it was the promised land of saints or a paradise where an advanced civilization lived have circulated throughout Europe for centuries. Irish myth says it was clouded in mist, bar one day every seven years, when it became visible but remained unreachable.

Hy-Brasil eventually retreated into anonymity and map-makers started leaving it off most nautical charts, until it was last observed on a map in 1865, simply noted as Brazil rock. Today, no island called Hy-Brasil exists on any maps or nautical charts and no historical documents were ever recorded to indicate what happened to it.

Leprechauns are iconic of Ireland. Generally considered a myth, some people firmly believe that leprechauns were among the fairies that lived in prehistoric fairy mounds. Such is the strange tale of the Carlingford Leprechauns, who are a protected species in the European Union.

In 1989, a man called P.J. O’Hare heard a scream coming from the nearby Foy Mountain in Mourne Mountain Range. He rushed over to find scorched earth and charred bones surrounded by a green suit, hat, and four large gold coins. All other items were minute, including the skeletal remains. Convinced that these items belonged to a genuine, albeit deceased, leprechaun, he displayed them inside a glass box in his pub.

Believers campaigned for the mountain to be declared a protected area by the European Union. In 2009, the E.U. Habitats Directive agreed to add the leprechauns as a protected species because they could neither prove nor disprove their existence.

A fulacht fia (‘burnt mound’) is an archaeological feature found in Ireland and other parts of the British Isles. In Ireland alone, there are nearly 6000 recorded sites, but despite their large number, the exact function remains unclear.

It looks like a rectangular-shaped trough. A pile of stones in a horseshoe shape that have been burnt and cracked by heat is also found near the trough, commonly located near a source of water. Archaeological dating of the fulachtai fia places the majority of these features in the Bronze Age, though some date as late as the early Medieval period.

They are thought to have been built to cook the meats the Fianna, the followers of Fionn Mac Cumhaill (also known as Finn MacCool), feasted on. However, the lack of animal remains around these sites suggests they weren’t used for cooking. Another suggestion is that these were used as bathhouses by the Fianna, similar to those used by the ancient Romans or Turks, as saunas or sweathouses, and could have included ritual bathing.

For now, we can only guess as to their purpose. 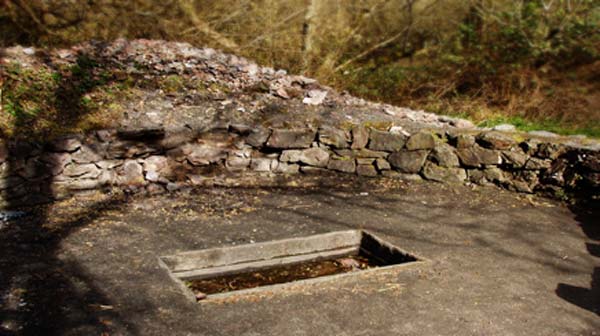 The last place one would expect to see an image of a woman flashing her genitals is a church wall, but across Europe, most notably in Ireland, there are dozens of them. Most of the sheela na gigs are found on churches or castles, especially Romanesque ones, though they are also seen at holy wells, tower houses, and defensive structures, such as the walls of a settlement.

Of the more traditional explanations on their purpose is that these sculptures were meant to warn people against lust, which is regarded as one of the Seven Deadly Sins. Another interpretation suggests that they have a protective function and they may have been used to avert the evil eye and to keep evil spirits at bay. 5. The Milesians: Did the Legendary Irish Milesians Come from Spanish Galicia?

Is it possible that the early ancestors of modern Irish people had Spanish roots?

The legend of the Milesians begins in the Holy Land when the Tower of Babel still existed. The most problematic issue about this group is connected with the original name of the Milesians, which comes from the name of Míl Espáine (Soldier of Hispania), a mythical ancestor of the Irish. His name was Latinized to Milesius, what gave the term ''sons of Míl'' or the Milesians.

The story of the tribe called Milesians is found in the Medieval Irish Christian text Lebor Gabála Érenn. This text is seen by some researchers as related to real Celtic beliefs, but others suggest that it is a fictional tale created by Christian monks. The first Milesians were said to have been led by a mysterious man whose roots may shed light on the true origins of the Irish people.

It is commonly believed that the legendary Milesians and the Gaels were the same tribe. Gaels originally came from the south of France and the north of Spain. The correlation between the legendary story and reality recorded by historical resources seems obvious. However, many scholars still believe that the legend was invented by early Medieval monks. It is unknown if this problem will ever be completely solved.

Top image: There are many unresolved mysteries in Ireland. (AdobeStock)