Medieval Chastity Belts are a Myth

Chastity belts are items that titillate and fascinate in equal measure, inspiring the image of a medieval knight locking up his loved one’s private parts to ensure her abstinence during his absence. While exceptionally unhygienic, the belief that a padlock could protect a woman’s virtue has been ridiculed on countless occasions. And while there are extant examples of so-called medieval chastity belts, modern scholars have revealed that the entire concept is pure myth!

The surviving information and sources we have all describe the chastity belt in the same way – a metal device which locked around a woman’s genitalia to prevent any sexual activity. However, there are variations in style. Some belts are said to have had leather straps at the waist, others are described as having a further deterrent to any men who may have tried to bypass the belt in the form of spikes pointing away from the woman’s body (and towards any would-be suitor). 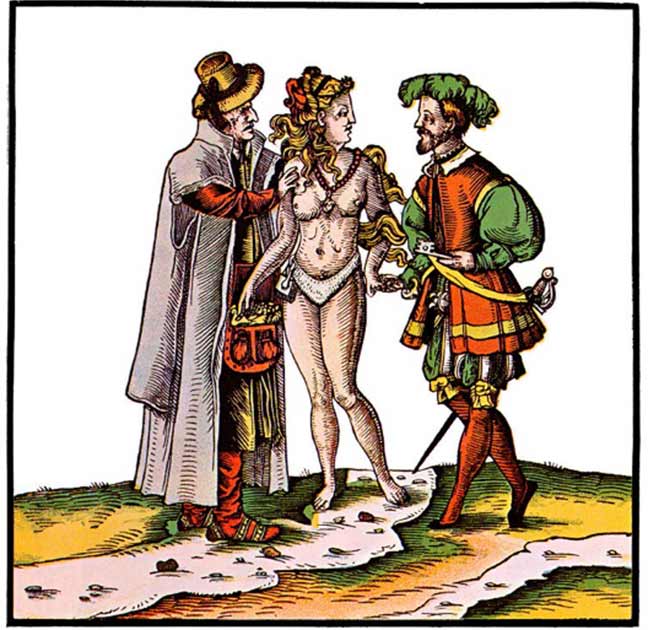 A 16th-century satirical woodcut about the uselessness of chastity belts in ensuring faithfulness. (Public domain)

Although there is some evidence of chastity belts from the 1400s, some historians have argued the earliest references to chastity belts were purely metaphorical. Wearing a metal belt tightly around the waist would cut the wearer and, in a time before stainless steel, the metal wouldn’t take long to start to rust, likely leading to an infection which could have turned deadly. Meanwhile, the less painful - but frankly still torturous looking - devices with leather or velvet straps or linings would have needed to be cleaned frequently and regular removal of the belt would surely have defied its purpose.

The British Museum asserts that the vast majority of chastity belts held in museum collections were made in the 18th and 19th century as “curiosities for the prurient, or as jokes for the tasteless.” This is an opinion shared by the Haáz Rezsö Museum, which recently dedicated an entire exhibition to debunking the myth of the medieval chastity belt. Their consensus is that the chastity belt was very much like the iron maiden – purely designed to titillate an audience which was excited by the idea of torture devices and the backwards beliefs of its ancestors!

Top image: A chastity belt that was probably fabricated in the 1800s. (mark6mauno/CC BY 2.0)